7 September – 20 October: An Iconography of Chance: 50 Photographs of the Evanescent South by Tav Falvo (photographs) 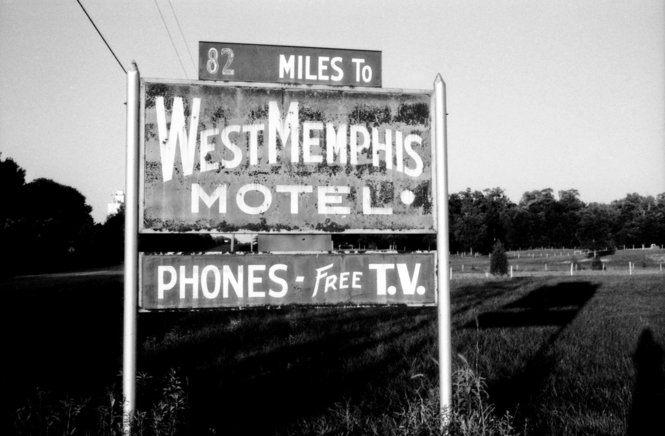 HOK Gallery is proud to be haunted by the ghosts, specters and an ever-vanishing iconography of signs, fetishes and gestures from America’s South. Captured in black & white photographs by self-confessed outsider-looking-in, Tav Falco of the avant-garde rockabilly band Panther Burns.

With his Panther Burns, Tav Falco has been scorching a wild trail across the world ever since their devastatingly primitive debut album Behind the Magnolia Curtain in 1981. A little earlier, Tav Falco’s name first came to the international musical and artistic connoisseurs’ eye with a mystery mentioning among the credits on the sleeve of Alex Chilton’s 1980 album Like Flies On Sherbert. The caption read: “Titleing: Gustavo Falco” and had him in excellent professional company, for it directly followed William Eggleston’s credits for “Photography/Video”. Not that Tav Falco in any way followed in Eggleston’s footsteps by exploring color photography as an artistic medium. With Tav Falco it’s all black & white. Even when venturing into movie making, with his 2017 feature film Urania Descending, black and white to him is the only possibility. “Color would have killed it.” The same goes for his photographs.

50 PHOTOGRAPHS: An Iconography Of Chance is a psycho-iconography of the gothic South in pictures with captioned intertext of the urban specters, rural fables and visual clichés that have made the American south a netherworld of dreams and a necropolis of terrors. 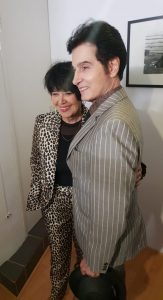 The exhibition consists of 50 black & white gelatin prints 30 cm x 40 cm struck from the original negatives. The exhibition is reflected in book form published by Elsinore Press in 2016 entitled, 99 PHOTOGRAPHS: An Iconography Of Chance.

Illumination of darkness is the only perfection. But bourgeois realism is not the issue here. It is an expression of delirium that Tav Falco is after.

During the artist talk Tav Falco read his Manifesto: Photographing in the South by TAV FALCO
This manifesto can be found in the limited edition booklet (order online or get your copy at HOK gallery) or read the manifesto here: See more

All photographs can be ordered as black & white gelatin prints 30 cm x 40 cm struck from the original negatives.
Prices are: €265 and framed: €350

All works in the series: An Iconography of Chance: 50 Photographs of the Evanescent South by Tav Falvo and others are all available for purchase through HOK gallery. Prices as shown above. 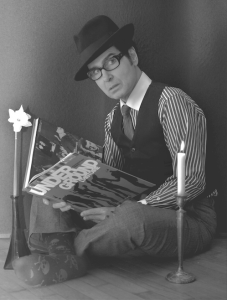 7 September – 20 October: An Iconography of Chance: 50 Photographs of the Evanescent South by Tav Falvo (photographs)

50 PHOTOGRAPHS: An Iconography Of Chance is a psycho-iconography of the gothic South in pictures with captioned intertext of the urban specters, rural fables and visual clichés that h

ave made the American south a netherworld of dreams and a necropolis of terrors.
Next to the exposition, there was an Artist Talk hosted. During this event Tav Falco spoke about his photographs and read an interesting manifesto: Photographing in the South. Which you can read below:

Aside from the soul and eccentricity of its people, the numinous quality of light found in the American South affords a photograph exceptionally heightened distinction. From the white-hot tombstone light of New Orleans to the sub-tropical glow of the Aztec sun that shines up river over Memphis, the most favorable light comes in August. In this month foliage grows wild and abandoned and the atmosphere becomes dense with the palpable haze of infinite pinpoints of moisture mixed with particles of golden dust. Thus, a luminous mantel of golden light falls around the shoulders of man and object. 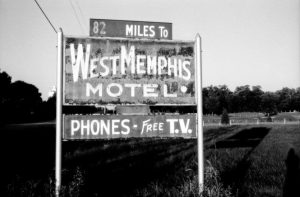 It is no surprise that Walker Evans chose to photograph exteriors only during a temporal window of 5 to 8 minutes in the morning and again in the afternoon when the angular slant of the sun comes closest to creating perfection in depth and length of shadows and luminosity in highlights. Whether the noble light of the sun or that light created by other natural or man-made occurrence, what we see depends on this radiation of photons. Otherwise the natural state of things is darkness. Illumination of darkness is the only perfection.

Yet our attempts to perceive and to capture what the eye sees and deciphers out of darkness is hardly perfect. In taking pictures I would not strive for perfection or for the perfect shot. Although I intend to make an interesting picture and to do that I must learn well how to use the camera, still I cultivate a sense of abandon in taking pictures and a certain contempt for the photographic instrument. I photograph blindly without an eye, so that I might see. To capture the unseen, to capture that which cannot be described, that which cannot be known is the prize. 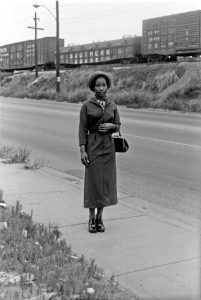 be more powerful than words. Today we are bombarded with torrents of images and words, yet only a few are infused with the power and mystery that alter the minds of men.

What meaning, what beauty do these influential pictures possess? Is it truth? No, not truth. For a picture can lie. But a photograph is a perfect rendering of reality, isn’t it? Forensic evidence. Yes, but a photograph can be manipulated. The art of concealment is often practiced in making a photograph. A photograph is a lie. A lie in that it is a mirror reflection of what exists. A simulacrum of that which we find beautiful, or ugly, or touching, or arousing. But in this reflection lies a secret intelligence hidden in the silver salts of the photograph. Here lies the truth in the lie that moves us, that alters our minds.

When embracing a photograph, I am not after bourgeois realism. I am after the secret that dwells hidden there. A painting can express something of the imagination that is impossible for the apparatus of the camera. While the camera captures only a reflection, a painting can depict pure imagination. Yet both photograph and painting are inflected with signs and pictorial language that can express deeper, subliminal meaning. It is an expression of delirium that I am after. I seek the Orphic mysteries, in the fertile moist darkness of the underground. I see Orpheus appear within a black and white photograph of a cemetery in Natchez at dawn. He is larger than FATE. I am delirious. In the words of Blanche Dubois. “I’ll tell you what I want. Magic! Yes, yes, magic! I try to give that to people. I misinterpret things to them. I don’t tell the truth. I tell what ought to be truth.” 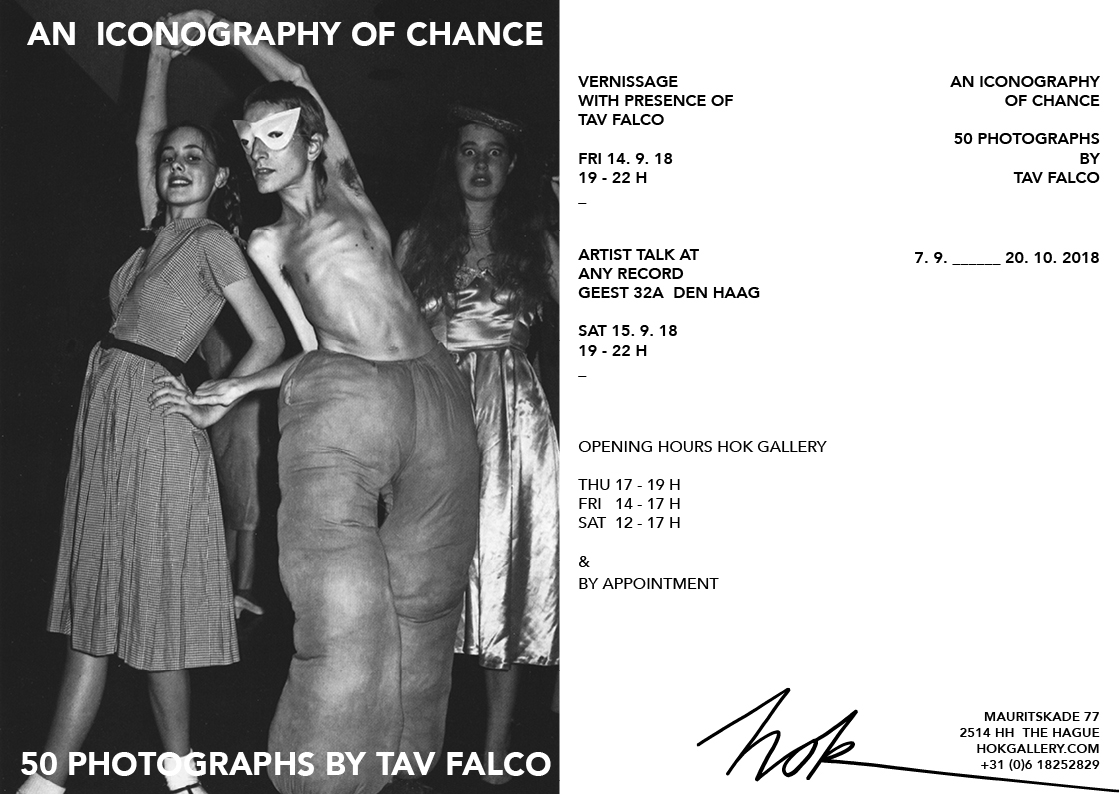